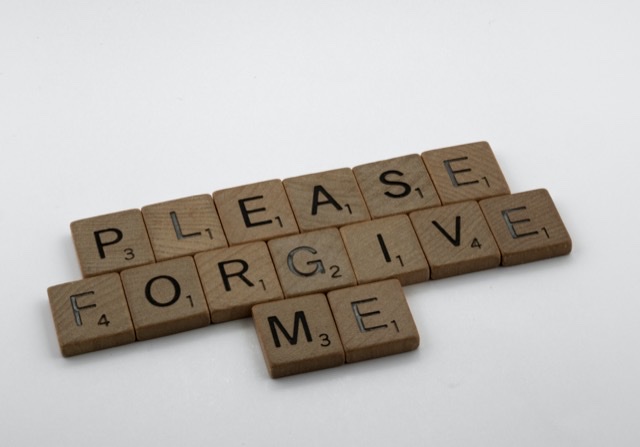 This week I listened to podcasts and read articles that surprised me, along with a lot of parents I know. For years now we have all been told things that are deeply disturbing to us as parents. We’ve been told that puberty blockers are completely reversible and have no long term harmful side effects. We’ve been told that we have to affirm our kids and get them medical interventions, because they will kill themselves otherwise. We’ve been told that our kids have a gender identity that is part of their soul and will never change, that they were born with it, and that it’s not a social contagion. Now just this week three of you have come forward to say that you aren’t so sure about that after all.

Dr Laura Edwards-Leeper, you say that kids should always get a thorough assessment, that there could be other things going on with my child that ought to have been addressed before medical transition was started. You now say that you know that there are kids who deeply regret their transition, and that we really need to be more careful. You said that there’s no actual proven cause and effect relationship between trans medical care and suicide, that it’s not proven that I have to put my child on hormones because if I don’t, she will kill herself. I appreciate that.

Dr Bowers, you now say that a child can’t possibly consent to a lifetime of being inorgasmic and infertile. You said that children can’t be informed of things they can’t understand. You admitted that it’s possible, likely even, that there’s an element of social contagion going on. You said, “There’s a little bit of ‘yeah that’s so cool. Yeah, I kind of want to do that, too’”. That doesn’t sound like a fixed unchangeable identity to me. It sounds like you don’t think it is, either.

Dr Anderson, I really appreciate that you admitted that you’re not sure whether puberty blockers really are reversible.

I feel like I should be happier about this. After all, this is what we have all been saying for years now, and we keep being told we are crazy hateful bigots for saying it. No one wants to listen to us. They won’t print our stories, or even leave our comments up on newspaper and online articles. It’s like we never said it. But we did, and time and again we have been ignored. Now, finally, someone else dared to say it, someone with authority that people will listen to.

But as I listened, I noticed something.

It sounds like you are saying that you didn’t do these things. You wanted my kid to be assessed. You thought she needed thorough assessment (which didn’t happen). You knew my choices were not a live son or a dead daughter. You would not have said that, would you? You were setting the standards higher, and it’s not your fault that not everyone followed them. So I shouldn’t be upset with you.

The problem is, you did do these things. Every single doctor that rushed to prescribe life altering drugs to my child, every teacher, that told my child that her classroom was a safe space and my home was not, every therapist that told me, in front of my child, that she would commit suicide unless I affirmed, every one of those individuals used your standards in order to justify doing these things. I was told to trust the experts, and the experts all looked to you for guidance.

And then, when it turned out you were wrong all along, that’s when I learned that there aren’t any actual standards. Your “standards” don’t hold any authority, and there’s no reason why anyone even has to abide by them. That means that if it turns out you were wrong about my child, no one is actually responsible. You will be off treating the next trusting, vulnerable, frightened family, with an air of professional authority.

The World Professional Association of Transgender Health sounds like a pretty legitimate professional organization. After all, if you are the world experts, surely you ought to be able to set some boundaries and actual standards. I’m sure if I go in for heart surgery, there are standards about what should and should not be done. I’m sure that if it turned out that a significant number of heart patients experienced lifelong traumatizing irreversible harm as a result of heart surgery, someone would be doing something about it.

If you knew that it’s quite possible that social contagion is real, that puberty blockers might not be reversible, and that children can’t really give informed consent, why have you remained silent? If your “standards” are the best, and your recommended interventions are truly life-giving, then surely you can stand behind them. If gender practitioners aren’t doing anything wrong, surely they should be willing to take responsibility if it turns out that the things they have done have actually created harm. Surely, if they have been doing the right thing all along, they shouldn’t be afraid of litigation.

If you are the world experts, as you set yourselves up to be, why are you not actively promoting and sponsoring rigorous, unbiased research into the safety and efficacy of serious medical interventions for children and young adults? Research should be scientific, that means that we should be using time honored standards of research, things like controls and randomization and long term follow up. When I look at the “studies” that are being quoted as science in this field, it’s truly scandalous. The methodology isn’t just sloppy, it’s not even deserving of being called methodology at all. You pretty much admitted that. And yet these flimsy reports that are in reality nothing less than propaganda are repeatedly called studies. Let’s do some real studies, fund them properly, and believe and publish the results. Kids lives are hanging in the balance of your words, along with the families who love them. We deserved a lot more from you.

If you are the world experts, please start telling the truth about your failures. Please start listening to, believing, and actively helping those who are coming forward to say that the interventions you have promoted were damaging. Please stop blaming them for the problems you helped to create. They need counseling, compassion, and insurance coverage to undo the damage that you have participated in. Instead they are shamed, ignored, and told that they are so rare they aren’t worth considering. Are you interested in doing some serious research into how many detransitioners are out there, unable to find help for the wounds you so casually helped to create?

I’m really quite puzzled by the seeming lack of concern here. Actually, puzzled is not the right word. I’m intensely furious, and I think I have a right to be. From where I sit, you don’t seem to take the lifelong health and well being of my child very seriously at all.

So no, I don’t forgive you. It’s far too little, and way too late. Step up and fix it. You have the power and ability to do so.

The original English version was published on PITT (Parents with Inconvenient Truths about Trans).