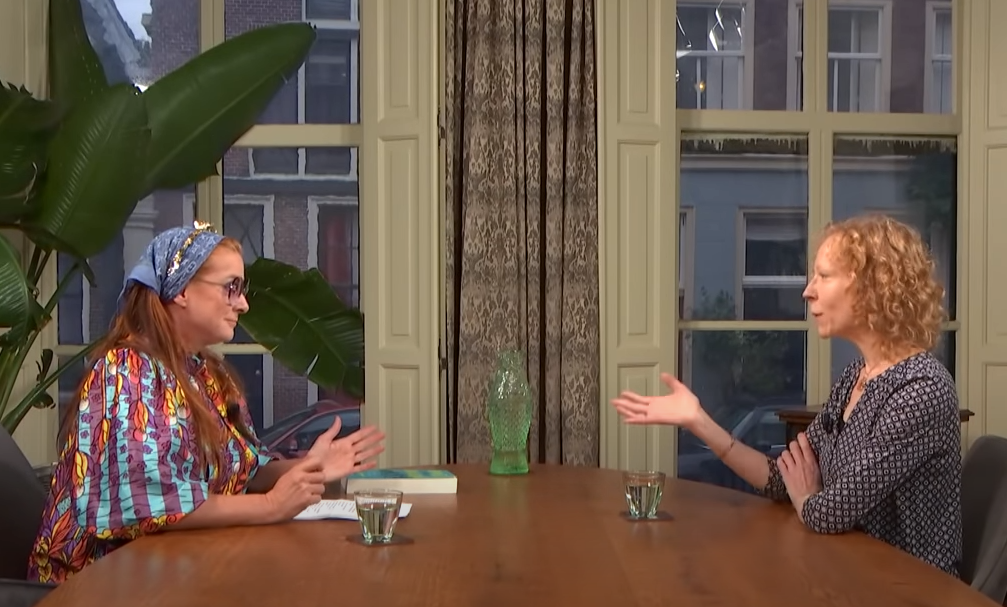 From a social point of view, all questions of gender and sex are today regarded as power discourses, and people want to deconstruct them. This has created a political climate in which the idea – that being a boy or girl is a social construction – is to be believed and that biological gender does not matter. People rightly feel that something is not right. Because of this suffocating ideological climate, and the fear of smear campaigns, or being accused of being transphobic, reactions are absent.

This situation initially grew out of civil rights movements, such as gay rights and women’s rights movements, which have achieved a great deal. Thanks to them, we have come to a society where we can talk about equal rights for men and women, equality for gays. But people have started to look for other forms of injustice, injustice that you don’t see, but that you can see if you put on ‘woke’ glasses, if you are awake to social injustice. This can be constructive, but it has escalated into looking for forms of structural discrimination and injustice that may not be there at all. Typical of woke thinking is their authoritarianism, that there is only one truth, one correct moral conviction, and whoever is not allied to it is the enemy. This makes open debate a taboo.

Since 2010, there has been a huge increase in adolescents, especially girls, presenting to gender clinics with severe gender dysphoria. Social media seems to play an important role in this, with influencers saying how great it is to take testosterone, how it frees you from anxiety. But the social climate created also plays an important role encouraging this. These young people who claim to be trans usually struggle with other mental problems, such as depression or anxiety. Thirty per cent have some degree of autism spectrum disorder, but there are other factors that can play a role. On the one hand, it is said that your brain is not in tune with your body, and becoming trans will solve your problems, and on the other hand, that you will gain much more social acceptance, so that, for example, you will no longer be bullied.

Well-intentioned, progressive thinking began to uncritically affirm young people with gender dysphoria as trans people and thus guide them towards medical transition. We now know that more and more of them regret it, but they have undergone a medical transition, taken testosterone, had their breasts removed. They are left with permanent consequences, with a disfigured appearance for the rest of their lives. It is hard to imagine what this must mean for them, the realisation that they have made a terrible mistake, and may be medically dependent for life.
Fortunately, some specialists, such as endocrinologists and surgeons, are beginning to recognise that they were wrong, that the action was premature. The Karolinska Institute in Sweden has stopped administering puberty blockers and hormones to minors, admitting that they do not know the long-term risks, and that mental health issues should be investigated first.

But how did it come to this? Trans is a marginalised identity. In current woke thinking, the assumption is that you have to accept the identity that someone claims, by definition and without question. And the more marginalised the group you belong to, the more victimised you are, the less you are allowed to ask critical questions. And trans is perhaps the most marginalised thing you can be, therefore asking critical questions about it is not done, but this is precisely how victims are created. And that is a very double-edged sword. By accepting the self-declared identity and responding to it, and thus guiding them towards a medical transition, you create victims. This is one of the excesses of identity thinking.

If you discover after a few years that you were mistaken, you suffer not only the medical consequences, but also stigma. How can I admit to those around me that I was wrong? Moreover, they are consequently often deprived of their trans community, and in addition, find that they can no longer turn to the doctors who counseled them.

There is clearly something wrong, and why is this not yet recognised? On the one hand, there is the ideological fear of the right wing and the social fear of being seen as conservative. On the other hand, there are financial interests and social media that nip critical voices in the bud. Together, these make people remain silent.

Home » Confusion around gender identity versus biological sex
Share This