How woke is Nietzsche? 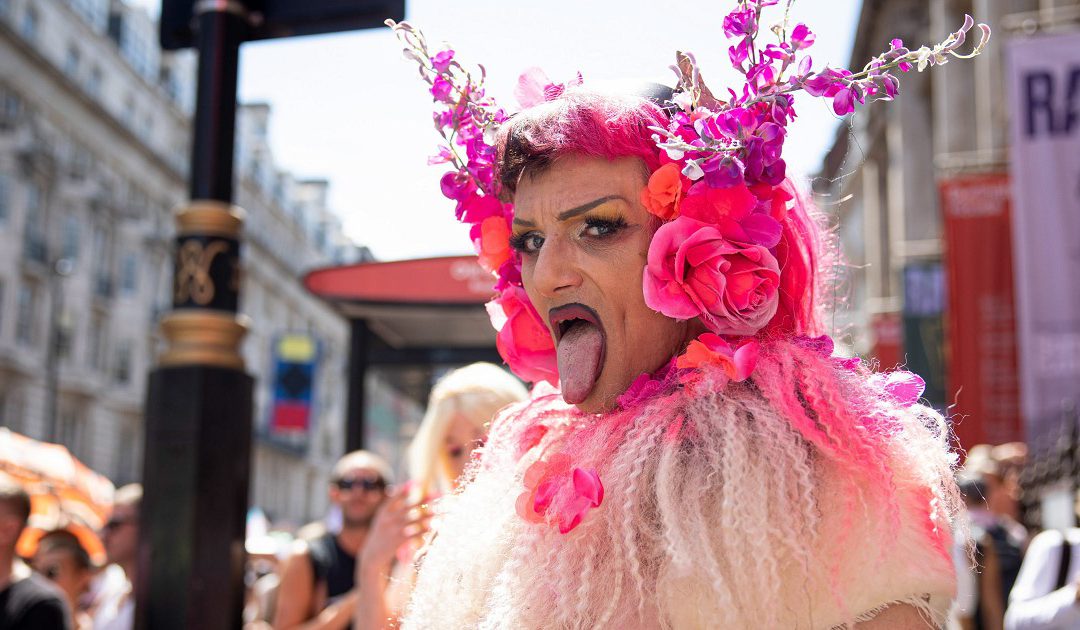 He believed in self-ID before it was cool

“There are no facts,” said Nietzsche, “only interpretations.” Some think the philosopher, who died on this day in 1900, went mad through syphilis; others that he had brain cancer. But whatever the cause of his death, a type of madness has been his legacy — the madness that comes about when truth is regarded simply as a matter of perspective, “a mobile army of metaphors,” as Nietzsche described it. Truth is what we say it is, he insisted, what we want it to be. It is a plastic notion subject to our will.

Now, what was once an abstract idea in philosophy has become disturbingly real. Where we used to maintain that reality provided us with certain givens, many now argue that we can uncouple ourselves from those givens, and construct ourselves with reference to our will alone. The obvious example is the debate around sex and gender. We used to think that biological sex was a kind of given; now, increasingly, some think of it as something that has been merely “assigned”. And that our gender, our self-image, is to be taken as metaphysically primary. It used to be the case that a transexual would live out their life as if they were of another sex; now, the claim is that they are that other sex, a change brought about not by biology but by will, by wanting it. Reality — truth — used to be something we had to adjust ourselves to, to deal with. These days, reality is second fiddle to will, just as Nietzsche predicted.

Nietzsche believed in self-ID of the most radical kind, long before it was fashionable. Indeed, the extreme version of this is not transexualism but transhumanism. Nietzsche predicted the rise of the Ubermensch, the super-human whose capacity exceeded the limitations of the merely human. “Dear Mother Nature,” wrote the transhumanist Max More in 1999, “we humans — your offspring — come to you with something to say. No doubt you did the best you could. However, with all due respect, we must say that you have in many ways done a poor job with the human constitution.” Human nature is not fixed but needs to be improved, even overcome, with science, technology and an ethics that is built around individual freedom.

Just as we have thrown off the tyranny of the Father God, so too we must throw off the tyranny of Mother Nature. We will be the masters of our biology, not the other way round. Nietzsche’s Ubermensch is like an artist making himself up as though he were a work of art. Nothing can interfere with his or her unfettered creativity, not even biology or reality itself. “Man is something that shall be overcome”. Thus spoke Zarathustra, Nietzsche’s prophet of the Ubermensch. The only thing Nietzsche didn’t predict is that technology would be the agent of this revolution in what it is to be human.

In the early years of Nietzsche studies, it was assumed that because the Nazis were drawn to his ideas, then Nietzsche himself must have been some sort of fellow traveller. He wasn’t. But part of the reason that fascists found his views so congenial is that he emphasised the concept of will and power over truth. If truth is simply a mobile army of metaphors — rather than something out there, fixed, waiting to be discovered — then what counts as truth is established through power and assertion, not dispassionate observation or careful listening. We used to call it lying. But for Nietzsche, the truth is what I assert it to be. Here, then, is where Donald Trump or Boris Johnson intersect with the woke Left. For all their superficial antipathy, they share a very similar metaphysical space.

And this philosophy similarity should alert us to the fact that the trans movement — broadly understood as the overcoming of Mother Nature — is not necessarily a Left-wing or progressive idea. It could just as easily be purloined by the Right. Wearing black balaclavas, angry men shout hateful obscenities at women, silence those whose words are deemed unacceptable, and whip up a mob. On the new Left there’s an ambivalence towards free speech, even a fierce antipathy towards Israel. Everyone is calling everyone else a fascist these days, but the new Left looks more and more like what we used to think of as fascists. Both admire Nietzsche.

Of course, there is one big difference between Nietzsche and woke culture: Nietzsche despised victims. He insisted that the resentful powerless — typically Christians — had used their imaginations as a weapon against the strong by upending what we normally think of as good. This is what the victim mentality maintains:

“Only those who suffer are good, only the poor, the powerless, the lowly are good; the suffering, the deprived, the sick, the ugly, are the only pious people, the only ones saved, salvation is for them alone, whereas you rich, the noble and powerful, you eternally wicked cruel, lustful, insatiate, godless, you will be eternally wretched, cursed and damned.”

That this passage could be taken as a manifesto of new Left politics shows how Nietzsche’s mobile army of metaphors can destabilise our current understanding of the political spectrum. If truth is a contest of wills, a feature of the culture war so to speak, and political assertiveness is what public will looks like, then there is no reason why the Left cannot out-shout, out-manoeuvre, out-intimidate and out-march the old “aristocratic” values that Nietzsche so admired.

When Nietzsche declared the death of God, he wasn’t just declaring religion to be over; he was also burying the very idea that truth is something fixed. Following Nietzsche, generations of progressive activists have come to believe that truth is something made not found. Something to be created in the cauldron of technological ingenuity and political assertiveness.

At the present moment, this philosophical position is supporting a kind of Left-wing run. But it won’t always do so. And when Nietzsche renews his conjugation with the Right, we may well descend even further into antipathy and madness. When truth with a capital T dies, all we have left is the struggle for dominance.

Might is right. Which is why, as the culture wars deepen, you will find me in church, on my knees, before my dead God. A dead God who, Nietzsche would be disappointed to hear, refuses to die.

Unherd – How woke is Nietzsche?